Yes, Spin Palace is legitimate. It is not a scam because they have been paying their winners since inception without a problem.

Spin Palace is an international home of premier online casino gaming where players can play over hundreds of fantastic Microgaming slots as well as games such as blackjack, baccarat, roulette, craps, and video poker, and not only will they also enjoy the dazzling graphics and their special effects, but also a 97 per cent average payout ratio.

When it comes to sending your hard-earned money to an online platform, you cannot be too careful. There are just too many cybercriminals devising means to make away with the money of netizens and a scam casino is not beyond these criminals.

Thus, before using any casino, it’s wise to determine that the casino is legit, and not a scam. In determining the legitimacy of Spin Palace, we’ll consider its legality, fairness, operating track record,

One of the first things to look out for in determining the legitimacy of a casino is their legality which comes in the form of an operating license. Spin Palace ticks the box in this regards, coming out as a 100% legal casino. As mentioned earlier, Spin Palace is operated by Baytree Limited and Bayton Limited, which together form part of the City Views Group. Baytree Ltd is authorized and licensed by Kahnawake Gaming Commission (with license number: 00812); while Bayton Ltd is authorized and licensed by the Malta Gaming Authority (with license number MGA/ B2C/ 145/ 2007).

Apart from simply being 100% legal, the license of Spin Palace shows that the casino is relatively better regulated. This is because the Kahnawake Gaming Commission (KGC) and the Malta Gaming Authority (MGA) are widely regarded as some of the best regulators of casinos in the business. Unlike some licensing jurisdictions that allow their license holders to operate independently (thereby leaving players at the mercy of the casinos), the KGC and MGA feature strict oversight of their license holders and even intervene when dispute arise (and are well known for resolving most in the favor of the players). Thus, as a casino player, a KGC and MGA license tells you that the casino will not take you for a ride.

Another check of a casino’s legitimacy is fairness. While scam casinos are “totally rigged” to sideline players; fair casinos are not “totally rigged” but gives players the chance to have winning hands. Spin Palace ticks the box in this regards. Apart from using the industry-leading software (Microgaming), the casino employs a Random Number Generator (RNG) which ensures that every gameplay result is completely random. Also, Spin Palace submits to independent Casino auditors who regularly review the casino’s gameplay results for randomness. That some of these industry-trusted game testing labs and auditors (such as eCOGRA – eCommerce and Online Gaming Regulation and Assurance) passes and certifies Spin Palace shows that the casino is fair, thus legit.

A track record of paying players is by far the ultimate test of legitimacy, and Spin Palace ticks the box. The casino has been operating for 18 years which will be a record if it were a scam casino that does not pay players.

Spin Palace is safe. Your credit card detail is one of the many sensitive data that you’ll be sharing with a casino when you register and play real money games in the casino. With such data in the wrong hands, you’ll be ripped off. Thus, for the same reason, you’ll want a legit casino, you should also ensure that the casino you use is safe. Safety in this regards is being able to protect the sensitive data that you share with them and preventing such data from leaking into the wrong hands.

Spin Palace says that “you can put all questions of safety and security aside, since [they] have multiple protocols in place that ensure that you stay protected at all times”. One such protocol is 128-bit Secure Socket Layer (SSL) technology. SSL is state of the art and the industry standard for creating a private connection between devices and web servers communicating over the internet; while the 128-bit digital encryption is unbreakable even by modern supercomputers. Thus, you can be assured that every data you transmit when using Spin Palace is shielded, and even if captured will be unreadable to the hackers.

The eCOGRA (eCommerce and Online Gaming Regulation and Assurance) certificate reads “safe and fair” and is a testament to not only Spin Palace’s fairness but safety. Thus, it’s safe to say that Spin Palace is a safe casino.

Spin Palace incredible daily online casino promotions, as well as their lucrative casino bonuses, are run the whole year and it offers players the opportunity to win big without having to play big.

The professional Spin Palace Online Casino Support Team is always available to assist you 24 hours a day, 7 days a week. It offers casino support in all of the major global languages such as English, Portuguese, Norwegian, French, Italian, German and Brazilian.

Spin Palace is a legit online casino. If you are looking for a safe and genuine casino site with great features and bonuses, then Spin Palace is the place to be. 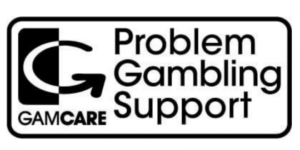 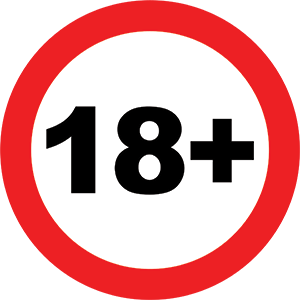